Resist Urge to Make Investments Based on a Potential Election Outcome 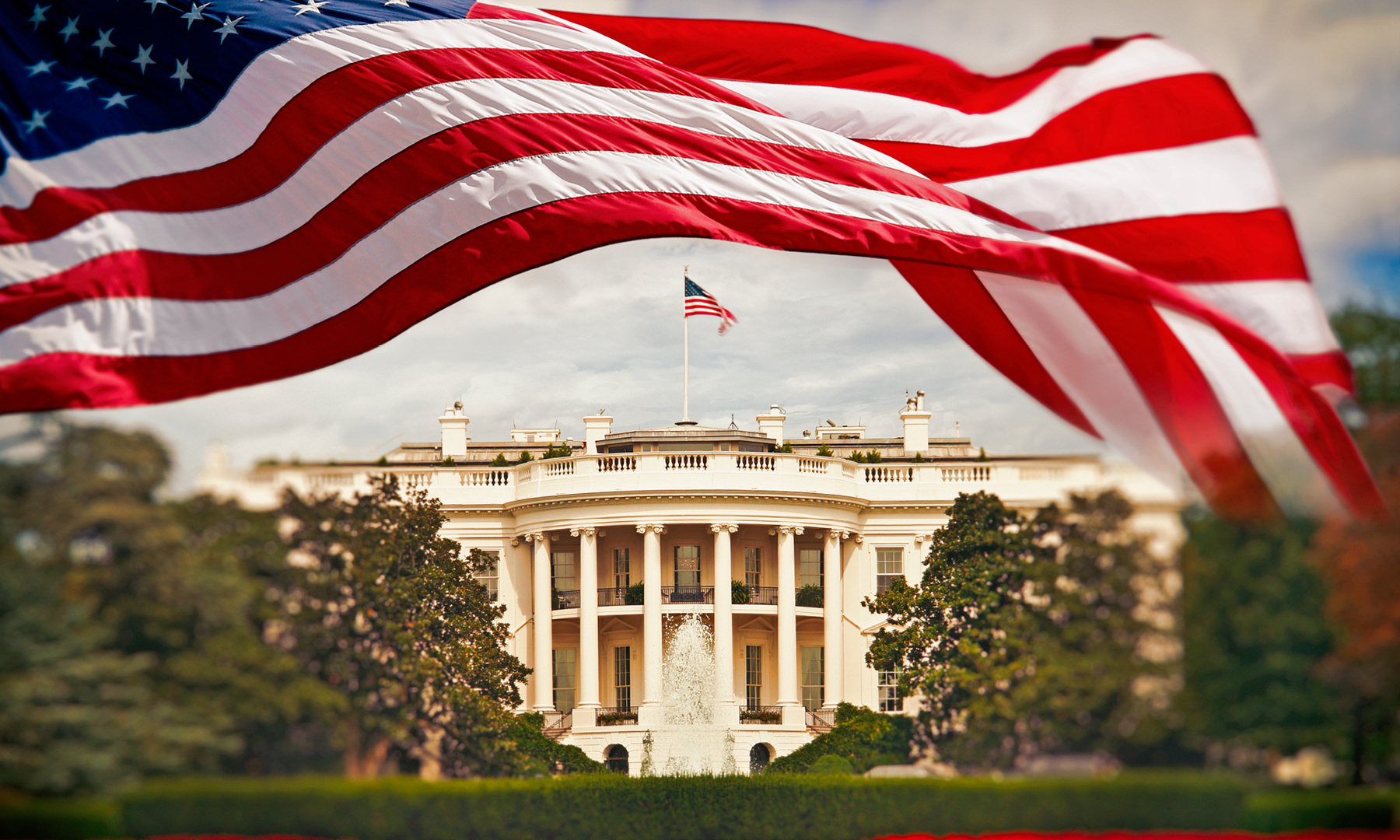 The political hyperbole is in full gear as we are less than a month and a half from the Nov. 3 national presidential election. Is it possible to make practical investment decisions based on an upcoming U.S. election complicated by a global pandemic? We are in new territory no matter which party wins the presidency, and Commerce Trust Company Senior Investment Strategist and Director of Equity Research Don McArthur, CFA, shares a second installment on his thoughts from his July 29 commentary on the potential election impact on the equity market.

There is little doubt the economy will be affected by the next president’s policies, but it also will be subject to a variety of other macro forces, including technology, world events, grueling legislative approvals, and, most importantly, potential medical breakthroughs during the coronavirus pandemic.

Even if we were to be sure of the election outcome, the market may have already priced in much of the result or get it wrong in the short-term. In November 2016, polls indicated Hillary Clinton would win the election. Markets were positioned for that outcome and Donald Trump ended up winning, reversing many of the pre-election trends. Furthermore, even if we did know the outcome of the election there is some uncertainty as to how markets will react. Remember that overnight when Trump won the 2016 election, futures on the S&P 500 dropped 3-5% only to close the following day up 1% and ending the year up another 4-5%.

That said, there are broad industry sectors and large areas of the economy that bear watching based on what the candidates have said in their campaigns.

The Democrats wish to expand parts of the Affordable Care Act while Republicans prefer to dismantle it. However, there is some consensus between the two candidates.

The candidates have both questioned the cost of drugs and shown some openness to address that issue, so it’s not one-sided there. However, with the pandemic creating a huge need for vaccine development, we’ve all seen the value of pharmaceutical companies investing in research and development. Whatever happens, pharmaceutical pricing will definitely be an area to watch.

Democrats have expressed a desire to focus on renewable energy, electric vehicles and environmental protection, likely through incentives. They would also favor increased regulation of the energy industry. Republicans would likely continue to deregulate and push to keep the current status quo concerning fossil fuels.

With low energy prices and domestic producers struggling right now, we don’t expect to see a draconian move like banning fracking or something like that right out of the gate. It’s certainly not off the table, but we will probably see more regulation if there is a Democratic sweep in November.

President Trump pledged during his election campaign to rebuild U.S. armed forces after years of budget cuts and has made a strong military a priority during his presidency. He has been a proponent of “burden-sharing” on strategic defense treaties with allied nations. He is likely to continue on this course. Former Vice-President Biden has said he has no plans for major defense cuts, but internal pressure from some Democratic party members during the pandemic may force him to re-visit how budget money is allocated at the Pentagon. Both candidates have said they wish to steer the country away from “endless wars,” yet still maintain the strength to offset “near peers” China and Russia.

The large-cap technology companies control a disproportionate share of the S&P 500 by market capitalization. Both presidential candidates have discussed reining in large technology companies. Much concern has been voiced about their size and influence, as well as the amount of taxes they pay.

We could see some pushback on those companies. A Biden presidency would likely push a lot of change there, but we’ve also seen Trump push back against social media, which he believes has too much influence.

We think no matter who is president, we’ll see an increase in infrastructure spending, but that’s probably not going to happen until 2021. Neither party wants to give the other party a win until they must. After the presidential election, there will be a window before the midterms to get something done there while the president still has momentum going. It’s an area that could benefit no matter which party takes office.

The trade war with China has had significant implications for U.S. manufacturing and agriculture. As a nation, we’ve realized the importance of having Personal Protective Equipment, medical devices and drug manufacturing here in the United States. Both parties want to push back against China now. There was success in 2020 in showing how unfair our trade position has been with China, so it is likely both parties will continue to press for change. Though how they go about it may differ.

Biden presidency and Democrat Senate: We believe the Democrat party will keep control of the House of Representatives, so this scenario would be a sweep of both houses of Congress and the Executive Branch.

On a macro level, one could conceivably think a Biden presidency and Democrat-controlled Senate would use their leverage to enact policies raising corporate and individual taxes, including a repeal of existing gift/estate tax guidelines. Such policy measures could eliminate the step-up in basis for capital gains and include an increase in long-term capital gains and dividend tax rates. While we know what Mr. Biden will propose on taxes, we expect negotiation in Congress as many moderate Democrats may not want to vote for such a large increase in taxes. Other areas of emphasis might be increased spending on health care and an expansion of the Affordable Care Act with a public option, pressure on drug prices, an infrastructure spending bill, more regulation of financial and fossil fuel companies, a boost for alternative energy firms, pressure on large technology companies including the taxes they pay, and a labor-friendly agenda.

A Trump re-election and split Congress: Policies favoring continued strains on the U.S./China trading relationship, a push for new global trade deals, continued deregulation, a potential infrastructure spending bill, moderate pressure on drug pricing, status quo on the fossil fuel industry, and a potential increase in defense spending, would likely be part of the platform.

Biden presidency and split Congress: Few major changes on the legislative front because of the Congressional deadlock, but more regulation through appointments and executive orders as well as a potential infrastructure spending bill.

While we can look at ceaseless polling data, we don’t know the outcome and how the market will react. The key to the market implications for this election will be control of the Senate. With a smaller sampling size for polling data by state, some question the accuracy and margin of error associated with Senate race polling. It appears the result is fairly close to 50/50. If investors are too negative on stocks due to election concerns and we get positive vaccine data in October (the current indicated timeframe), they likely miss out on a rally.

We also need to be prepared for the possibility that we don’t know the final result of all the elections in Congress or the Presidency by November 4th. The COVID-led trend to mail-in ballots and the timing of their counting (often after election day) weigh heavily on election results. Also, it’s 2020, so it seems everything is more politically charged than in prior years. We believe the equity markets wouldn’t react well to a disputed election result, but do not think it is prudent to make investment decisions based on the potential for that outcome.

Finally, we believe the global pandemic and its implications to the economy outweigh November election concerns at this time. As we move closer to November, we will likely see the ups and downs of each respective campaign reflected in the latest polling data. While this could cause movements in financial markets one way or another, such a move could also be reversed in the coming weeks as the other candidate gains/loses momentum. We still don’t believe it is prudent to try to make investment decisions based on a potential election outcome and what may be the associated move in financial markets at this time. Clearly, we will be monitoring the election, the progress of re-opening the economy, and the outlook for corporate earnings in the coming months.

Don serves as a senior vice president, senior investment Strategist and director of equity research with Commerce Trust Company in Kansas City and manages the Fundamental S&P 500 Equity Strategy. Prior to joining Commerce in 2006, Don was a senior equity analyst and worked as a commercial lending officer. Don earned his accounting degree and business administration degree with economics from University of Kansas in 1995. He also earned his master of business administration degree from the University of Missouri-Kansas City in 2000 and holds the Chartered Financial Analyst® designation.

This material is intended to provide general information only, may be of value to the reader and audience, and is reflective of the opinions of Commerce Trust Company.

This material is not a recommendation of any particular security, is not based on any particular financial situation or need, and is not intended to replace the advice of a qualified attorney, tax advisor or investment professional. The information in this commentary should not be construed as an individual recommendation of any kind. Strategies discussed here in a general manner may not be appropriate for everyone.

Diversification does not guarantee a profit or protect against all risk. Past performance is no guarantee of future results, and the opinions and other information in the investment commentary are as of September 29, 2020.

Commerce does not provide tax advice or legal advice to customers. Consult a tax specialist regarding tax implications related to any product or specific financial situation. Data contained herein from third-party providers is obtained from what are considered reliable sources. However, its accuracy, completeness or reliability cannot be guaranteed, and is subject to change rapidly as additional information regarding global conditions may change. All expressions of opinion are subject to change without notice depending upon worldwide market, economic or political conditions.

No matter how wealthy you are, you want to be prepared for routine year-end conversations with financial, legal, and tax advisors. The following...

The U.S. home improvement industry is stronger than it has been in decades. Not only do remodeling projects encompass the sale of building materials,...

5 Benefits of an Organized Financial Life

Money problems impact our lives everyday — some through no fault of our own. Perhaps you were a victim of identity theft, which put all your private...